Rapper and writer MCskill ThaPreacha (Real name: Olawale Aremo) took the time to connect with RAPstation for an exclusive interview. He is currently based in Nigeria and as you will read, faces his own challenges with being in a country where Hip Hop is “unstable.” Rapping and writing for some time now, it wasn’t until  2010 that he returned and officially entered the Hip Hop scene. After the release of his first mixtape, “Metaphysical Induction,” and positive feedback gave fuel to his drive of releasing another mixtape a year after. Today, he is working on his latest album “Diary of a Supernatural” and his latest project “Beats and Rhymes.” 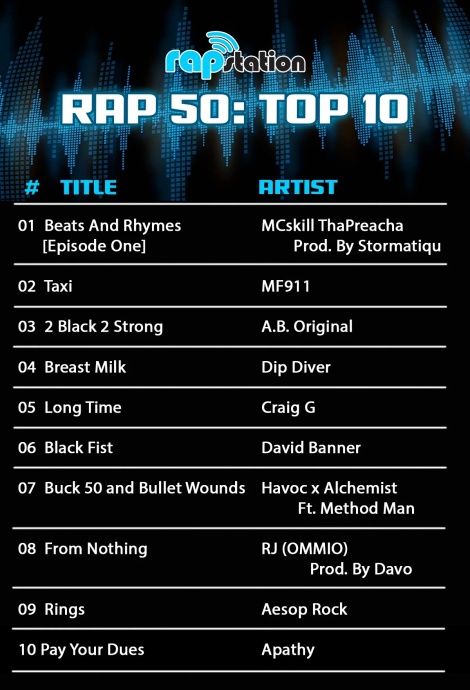 RAPstation.com (Kianna Woods): First, off, where did you get your name, MCskill ThaPreacha, from?
MCskill ThaPreacha: I’ll break it down, when I was much younger “Skill” was a name given to me by my peers, guess I had skills in everything back then *laughs* so I stuck with it and it used to be my stage name when I first stepped onto the scene in 2004 but during a six-year break before returning in 2010 I was able to differentiate between a rapper and an MC and I thought why not add MC to the Skill? That stuck! I became a battle MC and added ThaViper to the MCskill but I didn’t wanna be known as just another battle emcee so I moved on and started writing music I later figured I sounded all preachy most times, the KRS-One effect I call it and that’s where the name Preacher but spelt “Preacha” surfaced from. So here we are MCskill ThaPreacha. A record I made in 2013  titled “Metamorphosis” can also be used as a perfect explainer for this question. Just had to chip that in.
Tell me about growing up and the influence music had in your life before you decided to make it a career.

Growing up, all I wanted to be was a medical doctor and never for once saw myself doing music. Loved music a lot, no doubt, but it wasn’t until 2001/2002 that I started writing my own music and I pictured myself being a great rapper. It wasn’t decided at that point I wanted to make it a career, though. When I recorded my first joint in 2004, music was still a hobby, then my rhyme book got stolen and that was the end of music. This is an exclusive right here, Kianna. Never said this in an interview! *laughs*

True story, though, my rhyme book got stolen by someone I was gonna start a group with. A duo called “The Scavengers”. The Scavengers meaning “A substance (in our case, people) used or programmed to remove impurities (whack rappers)  in the air. Deep name huh? *laughs* I had written a lot of music in that book. A lot. Then one day, my dude came to my crib and said

“yo! Give me your rhyme book so I can study it and know the direction we going with this music thing and I’ll write on same subject matter”

and since we just agreed to be a duo, I let him have the book and next day, he disappeared! Like I never saw him since then. Left the country with my book! It was really saddening and that was the end for me. Dreams of being a great rapper shattered real quick but who knew six years later I’d be back on that grind? Not even me knew this was gonna happen ’cause I never sat down to think about making music a career,  it just happened.