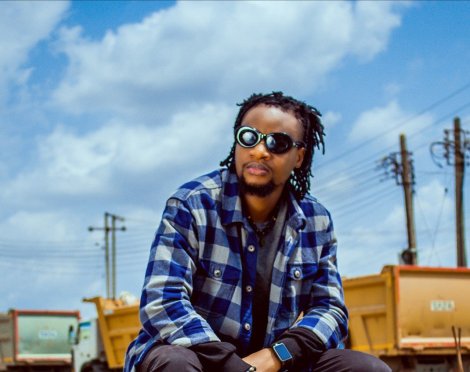 MCskill ThaPreacha (Born Olawale Aremo) is a Nigerian rapper, writer and activist who has been in Nigerian Hip Hop scene officially since 2010. He released his debut mixtape titled “Metaphysical Induction” in 2011 featuring Synik from Zimbabwe, Wale, Jetlag from Texas, USA and much more.

The great feedback from his first mixtape prompted him to record another mixtape in 2012 titled “Get Dope Or Die Wack” which featured Mista Dry Gin from the UK, Mschief, Protek, REZthaPoet etc. Both mixtapes were hosted by veteran producer “Stormatique”.

In 2014, MCskill announced the ”Diary of a Supernatural” album for a June release but failed to deliver but he was able to please his fans and critics when he released a volume 2 to the earlier released Free Throws project in November to celebrate the Hip Hop History month. Free Throws 2 featured Nigerian Hip Hop legends “Weird MC and Terry Tha Rapman(T.R)” and also had buzzing underground emcees “Magic Man, High M and Butafly” on it.

Now heavily affiliated with the Temple Of Hip Hop, Miami & New York. MCskill ThaPreacha teamed up with producer and long time collaborator “Stormatique” in January 2015 to work on his sixth project titled “The Season”.
A single off the project with the same title was released. Str8buttah’s DJ Teck-Zilla provided scratches and samples on the record and by February, the record was featured on Public Enemy Chuck D’s PEPR radio show.

The Season EP was released on March 11th with guest artistes like Boogey, Khaligraph Jones from Kenya, Desire Nobility from the Temple Of Hip Hop, Fazillion, Kelani and Sigrin Royce all showing their skills on it.

MCskill ThaPreacha kicked off 2016 with an EP titled “Supernat Over Preemo” which had him rhyming over classic beats from “DJ Premier“. The EP premiered on Datpiff in the early hours of January 19th and by April, he kicked off his Hip Hop series tagged “Beats And Rhymes” which will see the rapper release new songs and videos pending the time he wraps up features on his album. The first episode of Beats and Rhymes rose through the charts and hit number 1 in California’s RAPstation Top 50 chart in the same year.