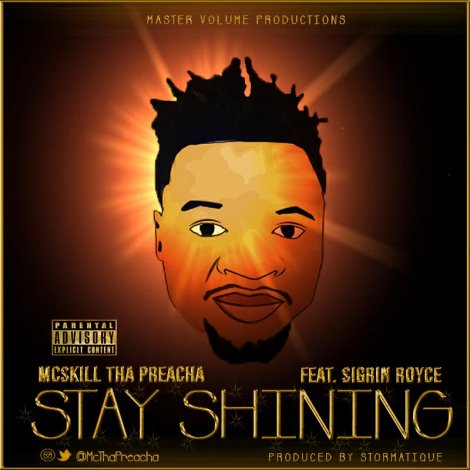 MCskill ThaPreacha released his sixth studio project in March and has since announced he is working on his seventh project titled “Diary Of A Supernatural” which of course will be released next year.

“Stay Shining” which was produced by “Stormatique” is the first single off the rap album and it is quite a different and catchy tune. The supernatural recruits “Sigrin Royce” on it and together they make a solid rap tune.