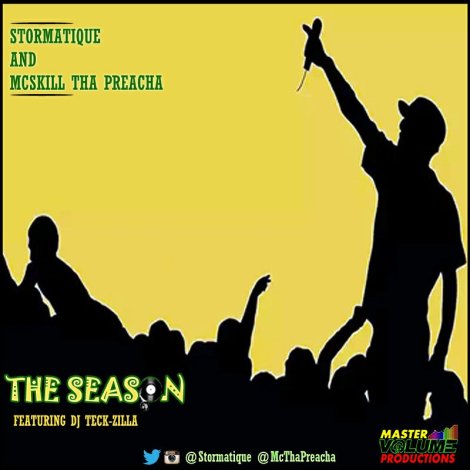 MVP producer “Stormatique” and Emcee “MCskill ThaPreacha” announced via twitter few weeks ago about completing work on a collaborative EP titled “The Season” which features “Khaligraph Jones” from Kenya, “Boogey”, “Desire Nobility” from the Temple Of Hip Hop and Others.

Here is a single off the EP also titled The Season. It features buzzing Str8buttah DJ/Producer Teck-Zilla on the wheels.